Insurance is fundamentally about protecting people’s lives. The sector has evolved over millennia and continues to find ways to innovate as societal needs evolve and change. In ancient times, it is believed that civilizations including the Romans, Indians, and Egyptians had some form of “group protection” to protect members of the society and provide “mutual aid”. In more recent times, the sector has done a pretty good job for the last 600 odd years, effectively adapting to the evolution of society. From Edward Lloyd’s coffee shop in London in the 1600’s to Sir Edmund Halley publishing the first known mortality tables in the late 1600’s, the trajectory of innovation continues to evolve.

While radical innovation in the immediate short term in the insurance sector is not quite as easy as in other sectors, it’s exciting to see the US-based “P&C InsurTech trio” in the Lemonade, Metromile and Root continue to innovate and this quarter all show signs of robust growth. Even the loss ratios are moving in the right direction.

The first look to these figures gives a positive feeling about success potential and the possibility of full-stack InsurTech players.

Is there an illusion of prosperity?

“Cash burn-rate” is a metric we continue to watch very closely. Even while the companies are not reporting all of their costs in the Yellowbook anymore (check out Matteo’s deep dive on the goal seek approach), it is clear that these insurtechs are burning a lot of cash each quarter. Since Matteo’s last article, both Lemonade and Root have raised a few hundred million US dollars each, which will allow them to continue in their journey. They both enjoy stellar evaluations at $2B and $3,6B each. To quote a recent a recent article by Professor Scott Galloway “ private valuations are harmful metrics that create the illusion of prosperity”.

Insurance M&A transactions are typically done considering ROE and price-to-book, but these examples give a sense of what insurance business can be purchased for a few $ billions.

Now going back to Lemonade and Root, by the time of an exit for investors in the current rounds, we believe these firms will be evaluated in greater part on the traditional KPIs that we look at in our analysis. Venture capitalists are disciplined investors and we believe they would look for IRR higher than 20%. So, let’s say assume these companies will target multiplying their value by 3x in the next 5 years.

Now imagine the kind of growth these InsurTechs need to have with respect to traditional performance indicators to justify the above-mentioned valuations. Moreover, they should do it by achieving profitability along the way. In order to asses how these players are proceeding on this path, let’s deep dive a little more their evolution of the top line and loss ratio because it remains true that in the insurance sector, underwriting discipline is key. 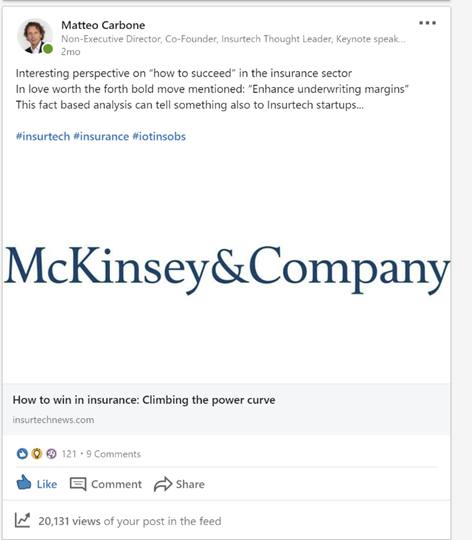 In the first quarter of 2019, the loss ratios continued to evolve in the right direction. The quarterly loss ratio of Lemonade is at 71%, that is a significant improvement (17pp) vs the previous quarter. Metromile continues to stay slightly above 70%. Even Root – that shows the return of loss ratio above 100% - can be considered in the right direction considering that 12% is due to reserve deficiency as they under-reserved to close better in 2018. So, with this adjustment for the current generation and if the correct reserves are provisioned, the loss ratio would improve to a below 100% level.

By the way, those loss ratios are still extremely higher than the average loss ratios in the market and not sustainable in the medium term, that shows these players are still under-pricing the risks in order to sustain their growth.

Metromile continues to be the player with more conservative trends, confirming the niche nature of the mileage-based approach. As Matteo represented last year summarizing the research he did on telematics-based pricing through the IoT Insurance Observatory.

Clearly, Lemonade has gone through a year of higher focus on the technical sustainability of their book of business. The gross loss ratio has significantly improved, but the quarterly evolution of the written premium has lost momentum. The gross written premium profile is not designing the “hockey stick” that the high growth tech company are expected to deliver. It seems that with the reduction of the aggressivity of the pricing – necessary to close the profitability gap with the market – directly impact the growth, with average quarterly growth at 29% in the last 4 quarters. This trend isn’t probably the kind of growth expected by VCs for evaluating $2B an insurance company that subscribed $46M on all 2018. The roles of this games are well described in a recent article on the New York Times “From the moment a founder signs their first term sheet from investors, they’ve made a pledge to make the start-up grow, grow, grow. If your start-up isn’t growing, your start-up is dying”.

Root has instead shown an average quarterly growth at 85% in the last 4 quarters but without a clear path of improvement of the loss ratio. Their ratio between earned premiums and losses has someway have fluctuated around 100%: in the last 4 quarters, the collected premiums have been $112M, but the claims have been $110M (and the claim reserves evolution –not yet paid claims – can even make that picture worst). So – even if Matteo considers their try-before-you-buy telematics customer onboarding the best he has seen at international level – their structural underpricing of the risks seems the main driver of their exponential growth.

Net-net it seems that InsurTech full-stack carriers are playing a pricing game. They have not been able to make customers feeling in love for something else than “save money”. As of today, we don’t see around these players in the same kind of tribe that FinTech unicorns as Monzo have been able to create in the same period of time.  We will continue to watch this InsurTech trio very closely and assess where and how their trajectory continues to evolve in the long arc of insurance innovation.

With the lens of the necessity of growth to satisfy the venture metrics as well as solid insurance fundamentals, the key questions must be “what elements of their insurtech business models” can give them a competitive advantage that will allow them to have a competitive advantage in playing the pricing war against the incumbents?

We will try to address this question in the next article about 2Q financial results. Stay tuned for further insights and perspectives coming soon! 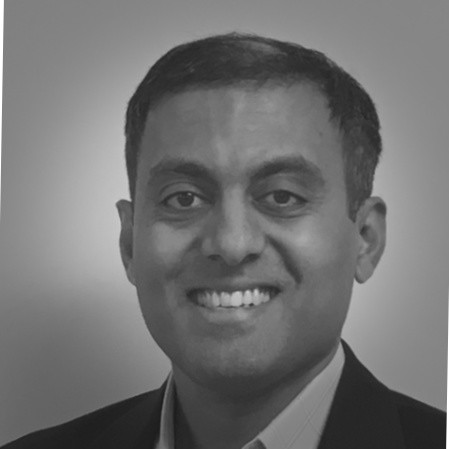