Can Malaysia catch up in the InsurTech race? 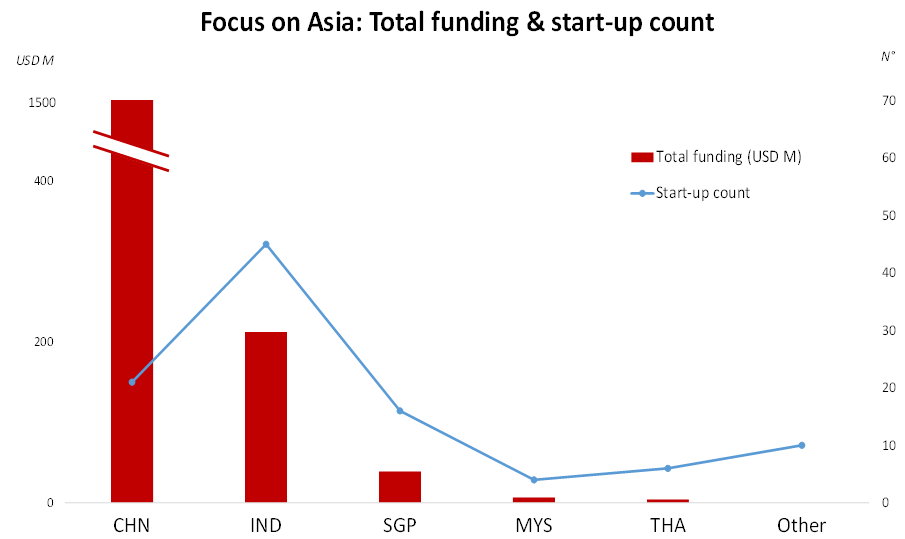 The first known insurance contract dates back to as early as 1347 when a ship was insured in Genoa for its voyage. Insurance may have been around for seven centuries but the business has changed very little. Even though we are now able to insure everything from our cars, homes, health to mobile phones, there have been only minor leaps in the adoption of technology across the insurance value chain.

Fast forward to 2017 and all that’s about to change thanks to the impact of the insurtech disruption, which is the sudden wave of innovation fuelled by the intersecting fields of cloud, mobile, social, internet of things and artificial intelligence. Insurtech is finally enabling multiple value creation opportunities across the entire spectrum of the insurance business model. From customer engagement and underwriting to claims management and fraud detection, few stages of the industry value chain will be unaffected.

The successive waves of technological innovation have become quicker and are reaching scale faster than ever before. Not surprisingly, the insurtech disruption is happening at breakneck speeds. Incumbents are rushing to reconsider what components of their business and operating models they should reinvent and how and a wealth of start-ups are racing to capture the new opportunity.  As of today, according to Venture Scanner global start-up database, over a thousand start-ups are active in the insurtech space, totalling more than US$11 billion of capital raised.

Source: analysis on VentureScanner data, May 2017

Although American and European start-ups dominate the insurtech landscape, Asia is catching up quickly. Asian insurtech start-ups already account for 10% of the worldwide total, and have been able to raise almost 16% of the total funding.

If you look more closely at these figures, you will notice that only a few Asian countries are aggressively pushing the insurtech agenda whilst others have yet to join the party. Out of 102 insurtech start-ups mapped as of May 2017 in the region, 45 are based in India, 21 in China (including Hong Kong) with 16 from Singapore. The remaining 20 are spread across Thailand, Japan, Philippines, South Korea, Taiwan, Pakistan and Malaysia, with the latter accounting for only 4 start-ups.

Source: analysis on VentureScanner data, May 2017

Looking at the capital raised by those start-ups, the uneven distribution appears even more striking. Despite the leadership role in the start-ups tally, India accounts for less than 12% with almost all the residual funding (86%) being raised by Chinese start-ups. It is worth mentioning the significant contribution made by two Chinese insurers, Ping An and Zhong An, which have both been expanding aggressively into the online space since 2015 and have successfully raised US$500 and US$934 million respectively, accounting for two thirds of all funds raised in Asia. The combined capital raised by Singapore, Thailand and Malaysia stands at a miserly 3% with negligible funds being channelled to insurtech start-ups in Japan, Philippines, South Korea, Taiwan and Pakistan

Looking at the incumbent side of the insurtech disruption paints a similar picture, with Singapore, India and China (in particular Hong Kong and Shanghai) that have been able to attract investments in insurers’ innovation labs. These countries have also successfully established insurtech ecosystems where insurers and reinsurers dialogue with the government, regulators, start-ups and independent enablers such as incubators and accelerators to shape an environment conducive for the proliferation of insurtech initiatives.

The delay Malaysia has accumulated in pursuing the insurtech disruption is quite surprising. The are hardly any local insurtech start-ups, no incumbent has chosen the country for its regional innovation lab, no specific independent enabler has been created and not even a single conference or summit, as of today, has been organised on this red hot topic.

Malaysia is committed to becoming a digital economy by 2020 as we can see from the multitude of agencies and projects the country has introduced and undertaken since its Digital Malaysia programme launched in 2014. Hence, a possible reason why Malaysia has not yet been able to get any traction on the insurtech map may lie in the fact that the Malaysian insurance market is still heavily regulated, thus making it less prone to innovation as compared to a very dynamic and robust financial sector.

However, in such context, Malaysia is not radically different from neighbouring insurance markets and the regulator is making great strides in the right direction. Take for instance, the liberalisation of motor and fire tariff initiated in 2016, where insurers and takaful operators are given the flexibility to offer new motor products and add-on covers at market-based pricing. Moving forward, effective 1 July 2017, premium pricing for motor comprehensive, motor third party fire and theft products will also be liberalised where premium pricing will be determined by individual insurers and takaful operators.

Insurtech has been booming globally in the last two years and Malaysia can no longer ignore the immense opportunities it can potentially bring. Its benefits would be very much in line with the key objectives which the country wishes to uphold such as driving investments, building local tech champions, catalysing digital innovation ecosystems and providing digital inclusivity, just to name a few.

More importantly, insurtech has the potential to make insurance more affordable and accessible to the Malaysian population. As Bank Negara Governor Datuk Muhammad Ibrahim pointed out at the 6th Malaysian Insurance Summit held in October 2016, the “protection gap” in the country is becoming a serious cause for concern. He highlighted that the life and medical insurance protection gap alone in Malaysia is estimated to be between RM550,000 and RM723,000 (US$127,000 to US$167,000) per household. Insurtech is much more than insurance online distribution. Done right, insurtech will not only benefit the industry and the Malaysian economy, but also narrow the protection gap for the Malaysian population.

From Grab, IFLIX, 123RF, ServisHero to Kaodim, Malaysia has shown that it is capable of creating local tech champions able to prosper beyond national borders. The window of opportunity to becoming one of the region’s key insurtech hub is still open, with a steady flow of investors looking at South East Asia for growth opportunities, including China’s Xu Xiaoping and Japan’s Taizo Son making bold announcements in the last thirty days.

Malaysia can still jump on the insurtech bandwagon but it is imperative that the country shifts its gears to nurture a national eco-system based on the active involvement of multiple players and the time for this change of approach has to be now.

This article was originally published on The Edge Malaysia Weekly May 29, 2017