Silicon Valley gets Amazoned in Insurtech 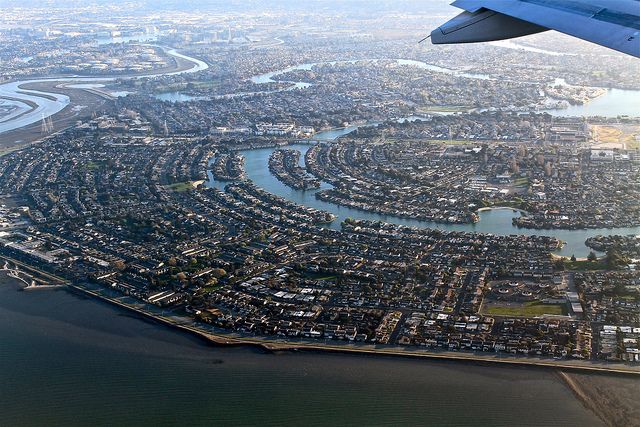 This article was originally published on Daily Fintech

Occasionally the PR veil gets pulled back and the polite bland statements are replaced with sharp words that reveal the rough competitive game of business. What normally gets said in private leaks out into the media.

The harsh words are from Shai Wininger, the co-founder of Lemonade who is telling about Amazon’s sharp elbows in the war for tech talent:

“Just learned that Amazon is actively targeting and trying to poach Lemonade Inc. employees, I wonder if that’s their idea of supporting the start-up ecosystem. Reconsidering Amazon AWS.”

We have covered Lemonade a lot on Daily Fintech. It is the archetypal full stack insurance startup. The narrative to date has been Silicon Valley vs stodgy old Insurance incumbents. We know who is supposed to win in that narrative. Now the narrative changes and the real competition is revealed – it is Silicon Valley vs Seattle (where Amazon is based). Silicon Valley is getting Amazoned.

It is revealing that these sharp words should originate from Israel. As we dig into the story of Amazon in Insurtech we see it unfolding in Europe and in Asia, but Israel is where a lot of the core technology for Insurtech is coming from globally. You go to Israel for the ability to parse huge volumes of data in real time to discover potential risk or opportunity. In the case of Insurtech, discovering risk in claims is key to a profitable service.

Insurtech Moves by Amazon in Asia

Amazon is a behemoth that fears few competitors. One that may give them some agita is Alibaba and when Amazon thinks about Insurtech they probably think about Zhong An (which was created by Alibaba, Ping An and TenCent). We have covered Zhong An a lot on Daily Fintech, most recently here.

In our first post on Zhong An just under a year ago, we described why the mixture of e-commerce and Insurance is so important:

“Return shipping insurance for e-commerce is the top product for Zhong An – not surprising given their Alibaba and Tencent backers. Amazon covers shipping insurance directly in USA, but this is unbundled in China, leaving room for Zhong An to enter as an independent insurer. That is a big deal because clothing (which has a lot of returns) is the largest part of the $900 billion Chinese e-commerce market. Given the low product cost, the cost of shipping in China is about 20% of average transaction value.”

Amazon is going beyond shipping insurance to offer extended warranty at the point of sale – more on that later.

First, lets look at Amazon Insurtech moves in another Asian market we have been tracking a lot on Daily Fintech – India. We wrote about the significance of Acko – a full stack Insurtech venture in India here. In that post we wrote about:

The most high profile Insurtech venture in America is Lemonade. So you can see why the Lemonade team don’t like Amazon poaching their talent.

Amazon is competing head on in China. No tactical retreat like Uber, that does not feature in the Jeff Bezos playbook. However Amazon is also heavily invested in India, which many smart investors see as a better bet than China. So the news that “Ecommerce Giant Amazon May Invest In Insurance Startup Acko” is significant.

Insurtech Moves by Amazon in Europe

In Europe, like Israel, the story is also about Amazon hiring talent, as this story in Reuters reveals.

The European expansion is about Amazon Protect, which provides extensions to manufacturers’ warranties. Launched in UK in April 2016, Amazon Protect has expanding into European markets such as France, Germany, Italy and Spain.

The Insurance behind that Amazon Protect button

Amazon does not create the products that it sells. No 20th century vertical integration for them. They own the “last click” to the customer’s wallet and can partner to get any product they want.

Offering extended warranty is a screamingly obvious strategy. This article in Consumer Affairs describes research by Professor Pranav Jindal at Penn State University that contrasts the typical profit margin on products around 15% to 20% with the “more than 200% profit on the extended warranty”. If you wondered about the persistence of sales people in stores selling extended warranty, now you know why.

The extended warranty sold by Amazon Protect is created by one of those huge  but little known white label vendors. The Warranty Group, which underwrites Amazon Protect policies, has operations in more than 35 countries and nearly 1,600 employees and about $2 billion in annual revenue.The company was recently acquired by Assurant, a publicly traded (NYSE:AIZ) company for $2.5 billion.

Why Amazon is equally feared by incumbents and startups

Amazon proves that customer access is more important than product. If you have customer access you can always partner with another company that has the product (such as the company behind the Amazon Protect button).

Amazon Alexa’s voice-driven capabilities bring them even more customers at even lower CAC.

Amazon is a customer-first company. They will be sure to contrast that with the insurance industry’s woeful customer service reputation.

Having no direct relationship with customers and so being relegated to the role of a commodity risk carrier at the back-end where they need to compete with white label vendors such as the Warranty Group.

Investing a lot of money to acquire customers, which Amazon can do by simply adding another button in the right place.

In some Insurance markets, such as product extended warranty, this looks like game over. Extended warranty is a big part of Insurance but there are many other segments where Amazon’s reach is not so strong. Amazon mastered the art of cross- and upselling online and you would not want go against them in product insurance. There are many other markets where insurance agents and brokers do that cross- and upselling because they know their customers. That is why one of themes we explore on Daily Fintech is how to empower human agents with the sort of selling data science that Amazon uses – human augmentation not human replacement.

Bernard Lunn is a Fintech deal-maker, author, adviser and thought-leader.

This article was originally published on Daily Fintech