From Connected to SmartHome: The future is IoT and Insurtech 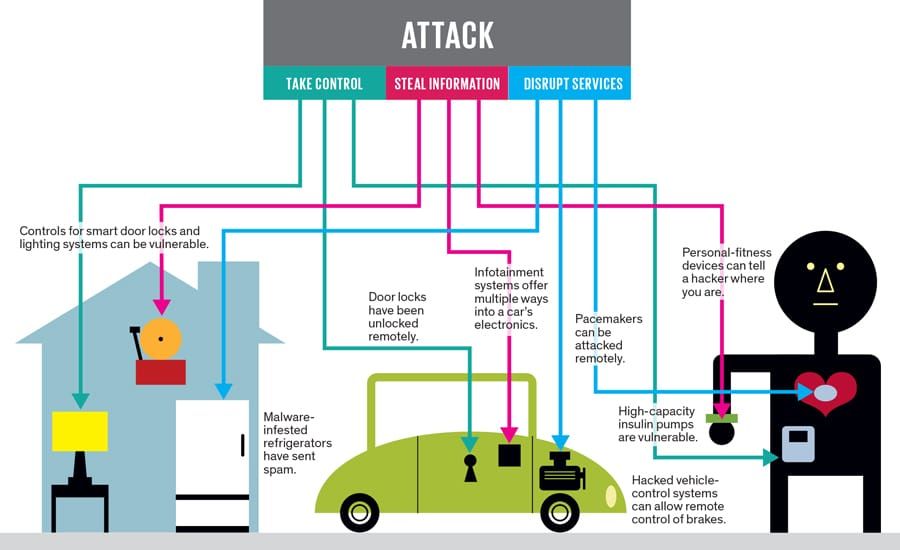 Our lives are starting to be ruled by devices – devices, that are connected to each other and also, the internet. At this juncture, we’re standing at the beginning of a journey which will be shaped by technology, interconnectivity, privacy and security implications of the Internet of Things (IoT). In this context, Connected insurance is a sector that has seen tremendous growth. Essentially a motor telematics insurance, it uses black boxes to gather behavioural data to offer customised insurance policies and better loyalty schemes to clients. This ongoing and successful experience in telematics is serving as a benchmark for other areas of connected insurance – our homes.

From a connected home to a smart home

“A home that is equipped with network-connected products (i.e., “smart products,” connected via Wi-Fi, Bluetooth or similar protocols) for controlling, automating and optimising functions such as temperature, lighting, security, safety or entertainment, either remotely by a phone, tablet, computer or a separate system within the home itself.

The home must have a smart security feature or a smart temperature feature in addition to a reliable internet connection. It then must include at least two features from a list of smart options, including appliances, entertainment, lighting, outdoor sensors, and safety detectors.”

In my opinion, a “connected home” is the first and essential step towards a “smart home”. Your home can be “connected” if you have the proper wiring or wireless infrastructure that enables devices to communicate with each other and with the Internet or Cloud.

For reaching a “smart home” status, you need a system capable of coordinating all connected devices to work as a single unit, based on one’s needs and wants. Furthermore, a smart home that is truly useful would also tend to other needs like health and wellness and baby monitoring, besides security and consumption monitoring.

According to CBInsights, the overall IoT (Internet of Things) funding is projected to grow by 4% until the end of 2016. Contrary to expectations, China and India do not stand out on the international IoT investment map while US, Canada and UK lead the way.

The cost of sensors has more than halved in the past 10 years. Thereby, reaching an average 60 cents per unit, enabling IoT to proliferate. So while the general trend is positive and the total amount of smart home investment is projected to increase, the peak that was reached in 2014, is yet to be surpassed.

How a smart home works. (Photo Courtesy: How It Works Daily)

Nevertheless, the average smart home industry funding rate in 2016 will be more than the 2015 rate. This means that fewer companies will receive more funding. One can see it as a sign of stabilisation. Investors are now analysing more and are choosing projects with real potential.

Interestingly, the smart home trend seems to favour international markets compared to the US one. Deal shares to international startups have seen a significant rise from 28% to 38% in this last year.

How has the market grown?

Scenario management allows a homeowner to create scenarios for different parts of the home, and programme them based on time of day and preference. This, in order to create a certain ambiance, or control the security system using a smartphone or Ipad that communicates with the home gateway.

Taking the case of Italy, startups face difficulties in getting important financing compared to international IoT startups. The Digital Innovation Observatory indicates that 66% of startups have not received any major investment in 2015. Only 15% have seen investments of over 1M. This scenario has forced some Italian IoT stratups to look for solutions elsewhere.

Security management in a ‘smart home’

Home security is an incipient aspect. According to a paper by Ovum, its adoption never skyrocketed even when the technology had been around for decades. However, it must be noted that the Internet of Things (IoT) went mainstream only recently after users got physical proof of how it works. The public is starting to grasp the potential of IoT and interconnectivity and inevitably has started assessing it.

While home security is an abstract subject, wearing a smart watch that keeps track of your daily physical activity and communicates with your smartphone and computer is more immediate.

A research done by the Connected Insurance Observatory gives us a glimpse of how the Italian market is doing. 22% of the currently uninsured Italian households is inclined to buy insurance if it were a “connected” one. Even if it’s sector specific information and concerns insurance carriers, it is a strong indicator that there is real interest amongst consumers to install connected devices within their households.

Another confirmation comes from the survey conducted by IoT Observatory “Il mercato dell’internet of things in Italia”. It shows a 33% increase in 2015 of the number of Italian consumers who would buy smart home devices. Nevertheless, the adoption rate is still low with only 1 in 5 consumers owning at least one home connected device. And, the intention to buy is a medium-term option (next 3 years) rather than short term.

What are the barriers to adoption?

The main issues standing in the way of a smooth evolution of the smart home is security and privacy. There is heterogeneity in options available and the adoption costs are high for the average homeowner.

It’s very common to buy several devices for the home thinking they will work together. Alas, many do not think before deciding which solutions to install. Surveys done by Oservatori.net in Italy show that the main reason people did not own home connected devices was because it was expensive. 29% of respondents indicated that they do not consider the technology to be mature enough at this stage; while 28% declared that they are not familiar with the products, or do not know where to buy them.

This then leaves room for rethinking the communication strategy for those who sell smart home solutions in Italy.

What are the risks of  having a smart home?

While this may be appealing for digital enthusiasts, it’s terrifying for several others. And, they are not completely wrong to be hesitant. Lately, the risks associated with a more connected future are becoming obvious.

An interconnected world is one where home appliance and security system will exchange information with your mobile, computer, wearables and your car. It’s needless to point out the recent examples of how a car’s electric system was hacked to test the degree of control. This, as you might expect, is scary.

A home is a less hazardous environment but the threat is still real. The previous definition of the smart home makes this scenario plausible- all items and devices communicating with each other and with the internet. This is like giving hackers a readymade deal.

Cyber risk was one of the main debated topics at the Insurance IoT USA Summit in Chicago. Dean Weber, CTO at Mocana, made a great case for why the public, regulators and device manufacturers should analyze the issue with utmost care. For example, the October 21st attack on a relatively unknown American internet infrastructure company which managed to temporarily block websites like Twitter, Netflix, Spotify and Airbnb.

According to TIME magazine, the hackers managed to exploit weaknesses in the security systems of devices like security cameras and printers. What, then, stands in the way of anyone hacking into surveillance cameras at home?

Gartner says there are over 6.4 billion connected devices and they will reach 20.8 billion by 2020 globally. That’s just 4 years from now so creating full-proof technology and testing it, in order to stay one step ahead of “the bad guys”, is crucial.

Even though such threats are real it is important to keep in mind that we live in exceptional times. The opportunities for innovation are huge. Regulators and insurance companies should be working to find solutions that will allow us to use this wonderful technology by minimising the risks.

International events are powerful tools. They put together players from different fields who present solutions to problems they encounter within their line of business. They can help facilitate a productive discussion in the process. It is one thing to work independently and it is completely different if you have all relevant players at the same table within a context favourable to discussion and confrontation.

Great solutions come out of sessions where you have “great minds” brainstorming and provoking each other with the support of regulators. Ultimately, whether one is an insurance company CEO, a startup-er or a customer who wants to set up a connected or smart home – one needs to know what they are facing and be prepared.

Andrea Silvello is the Founder and Managing Director of Business Support Spa, a Strategy Consulting & Financial Advisory boutique focused on SME’s in Italy.

Celia Clinciu is a Digital Strategy and Innovation Consultant at Business Support Spa.