The insurtech revolution: the next big wave is connected insurance 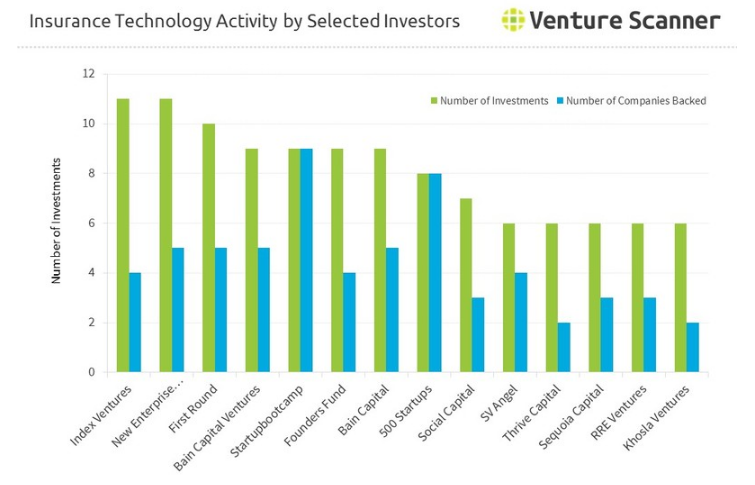 It was one year ago that insurtechnews went live for the first time, promising to deliver the best collection of news related to the insurtech topic. The decision to create such a website was based on the fact that all signals were announcing insurtech as the big wave to sweep through the insurance industry.

Today we see that the trend is more than confirmed as the Insurtech space is being populated by 974 start-ups (and constantly rising) spread across an articulated and complex environment while investment deals of more than $2B were attributed to insurtech in 2016. The insurance industry is clearly going through a period of major adjustments, and the insurtech world is quickly becoming a valid alternative to the traditional business models and to conventional applications. The interest in the insurtech industry has drastically increased over the last few years, reaching a media coverage 8x higher and an investment level three times bigger with respect to 2014.

With the contribution of some of the top insurtech influencers, we’ve constantly tried to publish original contents tackling the main topics of interest in the sector. What forms will the collaboration between start-ups and insurance companies have? How are traditional insurers reacting to the myriad of start-ups coming up with innovative solutions of all kinds to solve the main insurer dilemmas? We’ve tried to understand why Italy is currently leading the race in connected insurance and who are the next in line at an international level. We saw how data collection and the Internet of Things could impact the insurance value chain and how selling micro insurance via an insurance digital agent may well be the answer to the deadlock in which traditional insurance companies find themselves when it comes to engaging and monetizing those device smart customers. Speaking of innovation, some thought leaders have even tried to build frameworks that can serve as guidelines for the insurance world and in particular for incumbents: Matteo Carbone, founder of the Connected Insurance Observatory, shared with us the seven macro areas which, according to him, will foster innovation alongside the insurance value chain (awareness, choice, acquisition, use, recommendation, IoT, and peer-to-peer).

We’ve also had the great opportunity to conduct a survey in the last couple of weeks in collaboration with InsurTech 2016 Singapore, involving over 120 respondents. Based on the answers collected, the most relevant area of Insurtech is Connected Insurance and this is not surprising at all. According to a preliminary release of a study jointly developed by Venture Scanner together with the Connected Insurance Observatory, connected insurance initiatives represent 30% of start-ups but have gathered an astonishing 80% of insurtech funding. Online purchases continue to be deemed as very relevant although such promise is everything but new and has yet to materialize. Things may change though if the new purchase innovation is push sales...

Unsurprisingly, respondents also indicated that insufficient knowledge and understanding of the insurance market is the most important challenge for InsurTech start-ups and creates an imperative for collaboration between incumbents and start-ups. The second barrier is the incapacity to engage and partner with incumbents. This point confirms the importance of all open innovation initiatives of the last few months: from hackathons to co-creation labs, from incubators to accelerators. They are all fundamental to allow start-ups to access incumbents and vice-versa.

For the complete results of the survey check out the presentation below that we’ve put together for the public.

Let’s take a quick look at some of our website data. Even if we’re still small for an online news portal, we’re definitely growing steadily with over 7500 Twitter followers, 1400 newsletter subscriptions, 16.000 Pageviews for the month of September (more than doubled in the past 5 months) and great feed-back from our followers regarding our 50insurtech online influencer list.

Our audience spans throughout all continents, with Europe and the Americas leading the way: the top three countries are USA, UK and Italy, followed by Germany, France and Singapore. Our traffic come mainly from organic search and via social media (Twitter) which is pretty gratifying.