Could InsurTech Revolutionise Insurance Into a Utility, as Accessible as Electricity? 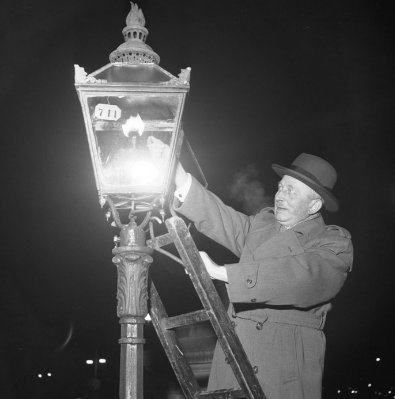 Imagine a time when oil lamps dimly lit up streets. If you had a privilege of having one of those contraptions outside your home, you would be forgiven for not feeling overly joyous, majority of the time. While it certainly had a purpose, it was difficult to service and oil had a nasty tendency to catch fire during transport. Moreover, it needed someone to light it up and put it out on a daily basis, apart from regular cleaning. At that time, while manufacturers were coming up with ever better and safer oil lamps, it remained a relative rarity due to its limited effectiveness and high ownership cost.

It would have been very difficult for oil lamp manufactures to comprehend what society needed was utility of light and not a better oil lamp. Light with all the fundamentally wonderful things that it enabled: joy, safety and productivity. As the result, it wasn’t lamp manufactures that brought about broad revolution of electricity and electrical lighting that most of us take for granted now.

InsurTech as a Change Catalyst

What if I told you that the story of insurance is not not at all dissimilar to oil lamps. We are now in the age of oil lamps of insurance while electricity is being invented in our backyards. Investment into InsurTech has grown exponentially since 2012 and 2016 is the year it entered mainstream. Entrepreneurial talent powered by investment is rapidly experimenting across the whole insurance value stack and is starting to chip away at the first set of key insurance industry problems.

Power of a Utility

Over the years insurance has evolved into an equivalent of super complex oil lamp contraption that resorts to all kinds of complexities and tricks to address inherent structural limitations of current insurance model. The more time I spend with InsurTech startups, customers and insurers across Asia, the more I become convinced that the only way forward for insurance is for it to become a UTILITY, akin to electricity. In fact, as a consumer you want insurance for precisely the same reasons why you want electricity, as an enabler for joy, safety andproductivity.

Furthermore, similar to electricity which expanded from the original purpose of lighting to power everything from our homes to internet and transportation, once basic insurance becomes a utility there’s a world of opportunities for insurance to positively impact our society on a much broader scale. Think of these as Apps that plug into the insurance platform similarly to how we have fridges, air-conditioning, computers, Teslas are all ultimately powered by electricity. Electricity is a super enabler and so should be insurance!

Insurance Journey Towards Becoming a Utility

If we take an analogy of insurance now = oil lamps, and extrapolate it to help us start imagining what a world of insurance would be in the age of electrical lighting. Its a journey that will take us shorter than expected due to the non-linear nature of progress.

Furthermore, I’ll venture to say that we’ll experience a tremendous consolidation across insurance industry and will end up with three major utility providers per market instead of current fragmented landscape.

The first wave of InsurTech startups is already out there in the market experimenting with new tech/propositions and testing insurers’ appetite for collaboration. Broadly there are three camps of startups:

I'm a big believer in power of collaboration between startups and incumbents. Hence, I feel that the first two InsurTech camps have a better shot at creating a broader impact.

At this point most of the startups are focused on one particular technology or proposition. In order for insurance to become a utility and a true enabler of joy,safety and productivity it will take few of these enablers to join up in clusters and connect to the right insurers. The heat-map from Munich Re is a useful reference source.

Lastly, I'm not advocating for a universal insurance. "Insurance as a utility" is the mental model that nicely summarises all the various things happening in the InsurTech ecosystem and at a same time can act as a beacon for ecosystem players.

To wrap things up for today, I'd like to thank you for reading and as always I greatly appreciate your thoughts / feedback.

Your likes/shares help to bring this conversation to a broader audience.

Having worked at various departments in both life and general global insurers, with his last two roles being COO of AIG Indonesia and Regional VP Claims Operations of AIG — George Kesselman is a highly experienced global insurance executive with a strong track record of management and leadership across Asia. In his relentless passion and pursuit to transform insurance, George cofounded an industry-wide innovation ecosystem in Singapore. Through InsurTechAsia, he aims to effectively attract, cultivate and rapidly scale entrepreneurial ideas in insurance; and ultimately contribute to the next wave of global revolution in insurance.