One week until the Insurtech IoT Leader Award winner is announced! 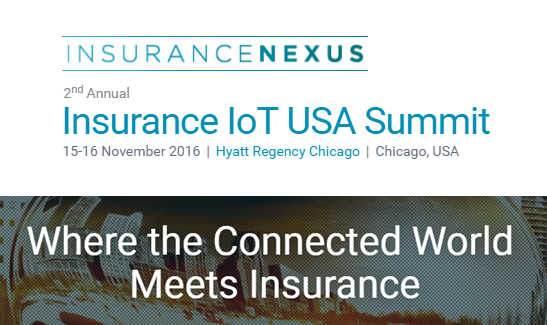 Technology and digital innovation is changing the basics of how insurers do business, with InsurTech and IoT leading the way. Investments in connected insurance have reached 81% of overall venture funding within the sector according to a study by Venture Scanner. Insurtech startups are entering all insurance business lines and the trend is said to continue while more and more investors are ready to bet their money on the tech-savvy newcomers.

IoT is usually used to either optimize existing business value chain or to tackle new strategic business investments and opportunities. However, it is not delivering its full potential because of data challenges, and it seems that most company executives would be willing to collect, analyze, and use more data coming from devices if the total cost of analyzing and collecting those data would be lower. They see the value, but cannot currently afford the associated costs.

"The insurance sector is bound to be completely transformed ” - says Matteo Carbone, founder of the Connected Insurance Observatory – “and the numerous initiatives and projects happening as we speak at an international level are the evidence. Insurance IoT is one of the Insurtech trends with the greatest potential to change the way in which business is being done in the insurance sector. There are common pitfalls that drive complexity in the adoption of the connected insurance: greater focus on the device rather than on the strategic goal to achieve; silos approach concentrating only on one use case while missing the overall picture of the insurance value chain; ‘me too’ approaches… and so on”.

“Connected insurance” concludes Carbone “allows the insurance sector to increase the frequency of interaction with the client, to achieve concrete economic benefits on the insurance bottom line and to create new knowledge about the clients and their risk. If the Insurers will not exploit this opportunity others will do it: take for example Metromile – an insurtech startup – that has recently announced that they will acquire an insurer”.

According to the results of a survey conducted by InsurtechNews together with InsurTech 2016 Singapore, insufficient knowledge and understanding of the insurance market is the most important challenge for InsurTech start-ups. This implies that collaboration between incumbents and start-ups is necessary. The second barrier is the incapacity to engage and partner with incumbents. This point confirms the importance of all open innovation initiatives of the last few months: from hackathons to co-creation labs, from incubators to accelerators. They are all fundamental to allow start-ups to access incumbents and vice-versa.

Insurance Nexus and InsurtechNews have partnered in the creation of the Insurtech IoT Leader Board: Insurtech IoT champions were individually nominated for their leadership around the future thinking of insurance and over nine-hundred votes have been submitted in the past three weeks.

The top ten finalists have been announced and are listed below in no particular order:

The winner will be announced at the Insurance IoT USA Summit taking place in Chicago November 15 & 16 where they will be presented with the Insurtech IoT 2016 Leader Award.

For more information about the event where the award will be presented, go to: http://events.insurancenexus.com/insuranceiotusa/