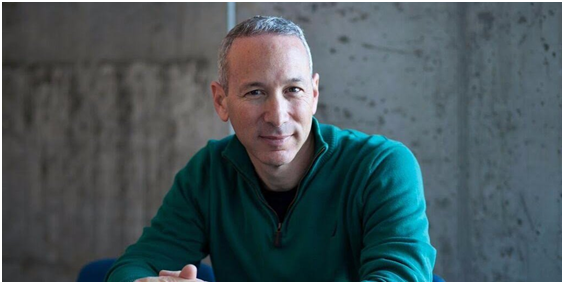 Lemonade is currently the market most talked-about disruptor. That’s why we’re pleased that, for the first time in Europe, Lemonade will present at DIA Munich what the pioneering concept is all about in a key note presentation. As a special DIA Munich appetizer we spoke to Lemonade CEO and Co-founder Daniel Schreiber last week, exactly one year after the company launched.

DIA: Daniel, congratulations on Lemonade's first anniversary. It must have been a rollercoaster ride. Thanks for being willing to share some of the experiences and learnings. Did the first year meet your expectations?

Daniel: "Yes, it has been quite a ride. But it is great to see that we're striking the right chord. We already sold 10,000s of policies. Our portfolio doubles every 10 weeks."

DIA: If you had to name just one thing, what would you say is the key success factor so far?

Daniel: "Our renters insurance is 80% cheaper than what competitors offer and takes less than 90 seconds to purchase.”

Daniel: “Many industry-insiders think so, too: ‘At least 40% of what insurance carriers receive in premiums Insurance carriers is paid out in claims. So if Lemonade is 80% cheaper it must lose money on every policy.’ That is not true. Renters insurance covers personal property, not real estate. The expected loss is therefore significantly lower and so should the corresponding premium be. Unfortunately, the enormous overheads incumbents have, make low premium products impossible. Their minimum premium reflects their high costs rather than your low claims.”

DIA: We can imagine that such a price difference attracts a specific segment …

DIA: Was this the target segment you planned to focus on initially?

Daniel: "Not really, at least not to this extent. This was definitely not planned or expected. It appears our proposition is attracting people who did not think of such an insurance before; because it was too expensive, too much hassle, or because they had little trust in the added value. So it turns out we actually opened up a underserved, untapped market. This was really a surprise for us as well. It just shows that with really new propositions there is only so much that you can plan."

DIA: This suggests the Lemonade concept is about solving frictions that customers experience when dealing with a traditional insurance incumbent. Aren't you selling yourself short here?

Daniel: "True - It is not just about solving frictions; being faster, better or cheaper. That wouldn't be sufficient on the long run. When we started conceiving Lemonade we immediately realised there is no way you can beat insurers at their own game. We needed to think beyond that. We decided to foster trust, not suspicion. Our business model is built on two very distinctive pillars: behavioural economics and artificial intelligence.”

DIA: The pillar that is often highlighted is behavioural economics, one of the reasons we like Lemonade so much. Insurers could benefit much more from psychology and social sciences.

Daniel: "The vast knowledge and experience of our Chief Behavioural Officer Dan Ariely (Professor of Psychology and Behavioural Economics at Duke University, ed.) is instrumental in this. We apply behavioural economics to neutralise the adversarial relationship, the conflict of interest, between customers and their insurance provider. We take 20% and the rest (80%) goes to paying claims, and this includes our reinsurance. If less than the 80% is used to pay out claims, for instance 75%, the 5% unclaimed money is donated to charities chosen by customers. The maximum amount that can be given back is 40%. Lemonade gains nothing by refusing a claim. This way we are reinventing insurance from a necessary evil to a social good."

Use this code for a 200 euro discount to attend DIA Munich:

DIA: Can you explain how behavioural economics reflects in Lemonade's daily customer experience?

Daniel: "Not just our business model but also the whole product flow is informed by behavioural economics. For example, we ask people to sign on the top of the form, not at the bottom. Behavioural research shows that asking people to pledge honesty first, results in forms that are actually more accurate."

DIA: How does this impact the combined ratio?

Daniel: "Multiple ways. For example, we also apply behavioural economics to reduce fraud. In the onboarding process customers are asked which charity they want the money that is not used for claims to go to, let's say the Red Cross. Now, when at some point in time a customer files a claim, we first remind the customer of the charity he or she selected before diving into the claim. We do that on purpose. To many people, insurance fraud is considered a victimless crime; you're not really hurting someone, at least that is the perception. Research shows that 24% say it’s okay to pad an insurance claim. We're changing that by immediately creating the presence of a victim. Making it crystal clear that a claim harms a charity someone cares about inhibits misuse."

DIA: Do you already have proof points that using behavioural economics this way works at a larger scale?

Daniel: "Obviously we're a young company, so the amount of claims that we receive are still limited. But we already have early indications that this really works. In the last two months we actually had six customers who claimed and got paid, but later on returned the money. Someone for instance thought his laptop was stolen, claimed and got paid. A few weeks later it turned out he had left the laptop with his mother in law. He then decided to return the money, probably because he didn't want to harm the charity he selected. I would really love to know how many customers of traditional insurers are returning their money."

DIA: Insurers need to manage the feelings-side of financial services much better than they do today. Quite a few tend to forget that when they are going digital. Others are building hybrid solution of, for instance, chatbots and human experts. How do you secure the human side in a pure play such as Lemonade?

Daniel: “Behavioural economics is one pillar of our business model; artificial intelligence is the other. Thanks to AI we don’t have to rely on brokers and paperwork. Underwriting and claims handling are taken care of by AI as well. This makes it even more important to secure that we are recognised as living, breathing  people who really care. My co-founder Shai Wininger has a rare talent to marry technology with customer understanding. Our bot has a name. It talks in an approachable manner. It doesn't say ‘I don't understand’. We know its limits and anticipate the direction in which  the conversation is going. Next level questions are seamless transitioned to our, human, support staff.”

DIA: We quite often see that traditional insurance carriers have a ‘strong immune system’ when it comes to embracing insurtechs. Apparently, different cultures are difficult to match. Sometimes we even see ‘ organ rejection’. We noticed that the Lemonade team not only incudes tech veterans like yourself, but also former executives from AIG and ACE. How do you make that work?

Daniel: “When we started thinking about a new concept in insurance we just had a rudimental understanding of insurance. We had the advantage of being ignorant. We had no preconceived notion. This helped us to question the basic principles of the industry, such as the conflict of interest.

Coming from the outside helped us to rethink, reconceptualise in a fundamental way, from scratch, what Lemonade should be about.

Now, it is only so far you can take that. As soon as you move to execution you really need to have deeply entrenched insurance knowledge on board. Think of the regulatory maze we have to go through. Then it comes to finding the right people; which was not that easy. We soon realised that we were looking for ‘insiders’ who were ‘outsiders’ at the same time. In our recruitment ad we actually said it was a requirement to be in the throes of a midlife crisis; not feeling happy in the corner office anymore. They had to buy into our vision.”

DIA: We noticed that your fast growth in an market segment that is so difficult to reach by incumbents has led companies such as GEICO and Liberty Mutual to use ‘lemonade’ in their marketing and promotion activities …

Daniel: “Ha ha, yes, we’ve noticed that as well of course. GEICO even introduced a ‘lemonade’ TV commercial at the same time as we launched the company. Liberty Mutual in fact introduced a new brand, Lulo, and paraphrased everything, from logo to pricing.

We take it as a compliment that such renowned brands are looking at us, and try to learn and use  our ideas. But the examples also show that it is not that easy. Lemonade is more than a logo. You really need to understand the two pillars of our model; behavioural economics and artificial intelligence and how that reflects in the way we operate. And you need to understand that we are really a different kind of company. Obviously we have duties to our customers, employees and investors. But we’re also a B-Corp, which makes us legally committed to social impact. Our customer base is therefore more like a community of people around a cause – which in turn results in more trust and less fraud. It is about aligning customers and insurer, and giving up underwriting profits. We’re rebranding the insurance sector.”